A downloadable game for Windows

You are nothing more than a pawn in their hands.

Faceless corporations are making profit on the backs of the struggling and the gullible.

Grapple with the struggles of survival in a kafkaesque, cyberpunk Dystopia.

Will you be able to stay human?

Choose your path. Explore different environments. Find your way through branching dialogues and make your decisions. But be careful, they do have consequences.

Would You Like Some Limbs? is the semester project of four Game Design students.

An atmospheric, narrative-driven game, inspired by and taking place in a futuristic South Africa.

It was developed throughout 3 months.

Cedric and the Brush

This game was created at the Game Design // UE at the University of Applied Sciences Europe.

Please download the archive and unzip every file the archive contains. You will now be able to run the .exe!

Hey thanks for having played

Hi there, I am DragonExplosion and I hope that you will like and subscribe to my channel.

So starting off with my review of this game. I would like to say that the visuals of this game are stunning and the sci-fi element really captured my attention. What I loved about this game is the storyline of how the protagonist works in a prosthetic limb company and is forced to make choices that will affect her and her family physically and mentally in the future.

I am quite a family-oriented person so I am willing to make sacrifices for the family and even if they do nut understand me and murder me or kick me out of the house in the end, I would personally still think its worth it as they are the ones who will go to hell and have retribution XDDDDD.

Now things that I think can be improved in the game is firstly, small things like the character being taller than the door and the facial features of the characters. Secondly, I felt that the game is lacking interaction with the surroundings in general as all the player has to do is to interact with the computer, then go to the location and talk to people, get food and go home. The game mechanics is kinda flawed as all the players can only mainly read instead of actually seeing what is going on. It would be good if gruesome scenes can be played out for better visuals and impact to the player in general. Maybe the player can do more things in order to create more impact towards the feelings of the player.

Thank you for reader my comment. I wish you good luck in your future endeavours.

Thank you so much for having played our game and for the feedback.
Yeah the game needs a lot of improvements... We didn't have so much the competences and the time to improve it as this project was part of our study.
I happy that you liked the concept :) 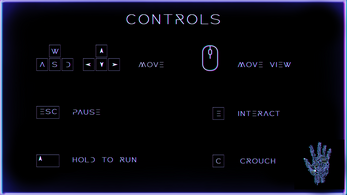 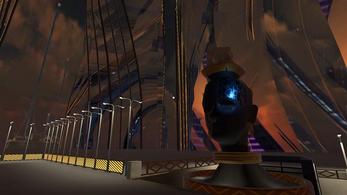 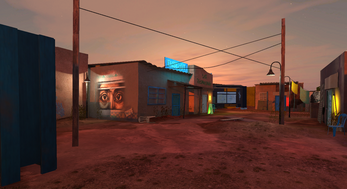 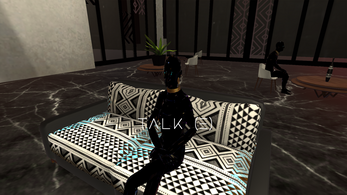 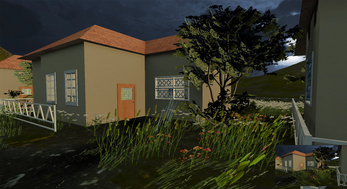